The following article, transcribed  from the Northwich Guardian, describes a memorial service that was given by the Vicar of Weaverham, the Reverend Francis Young.
This must have been given at some time after the start of the Battle of the Somme on July 1st 1916, on which day 19,240 men died – including Private Arnold Robinson from Weaverham – who is mentioned in the article.
Captain de Knoop, mentioned in the speech,  had died on the  7th Aug 1916. Just over one month later, on the 9th of September, not long after this service was held,  the vicar’s own son, Stuart, was killed.

IN HONOUR OF THE FALLEN

A memorial service attended by a large congregation, was held on Sunday evening at the Parish Church. The flag on the tower was flown at half-mast, the bell rang a muffled peal and the national flag and massive wreaths were suspended from the pillars of the choir.

The service began with the opening sentence of the Burial Service, which were chanted as the choir passed up the nave of the church, and the 60th / 90th (??) Psalm was sung.

In the special prayers the names of the officers and men who had recently fallen were commemorated, John Julius Jersey de Knoop, George Dewhurst, Arnold Robinson, Samuel Voinus, Thomas Cross, Percy Wilkinson, William Ashley, William Whalley, John Rutter and Robert Clarke. The relatives in most cases attended he service. Amongst the select hymms were “ Now the labourer’s task is o’er” and “ Through the night of doubt and sorrow.” The Dead March was played by the organist ( Mr A. Boyd ), and the Last Post sounded by Mr E.G. Wood..

The Vicar ( the Rev. Francis Long, M.A.) made special reference to those who had fallen. Nearly all, he said, had been fellow-worshippers with tem. From Captain de Knoop, former parishioner, he had received a letter from the front in which he wrote “This is a terrible struggle, but we must, and will, win through.”

The same determiniation upheld the others who had made great sacrifice in their behalf and that of England. The mourners should derive consolation from the thought that those who believe in Jesus Christ never really die. For them, death so-called was the entrance into a larger, fuller life in which God found some grand employment for His sons.

John Julius Jersey de Knoop, who was from Calveley Hall, not Weaverham is not on the Weaverham War Memorial – instead his memorial s on the chancel of Calveley church – see http://www.bunbury.org.uk/parish_Link/2011/08Aug/aug2011.pdf

John Julius Jersey de Knoop is interesting in that he was from a family with German ancestry. He was born in Rusholme, Manchester and died in Hod El Bahein, Kautora, Egypt on the 7th August 1916.

The plaque erected in St Mary’s Church in Weaverham commemorates 69 parishioners who died in the First World War, including the Vicars Son, Lieutenant Stuart Long and Private Arnold Robinson.
Not surprisingly prominence is given to Lieutenant Long, his memorial occupies the entire central portion of the triptych that forms the lower section of the memorial. 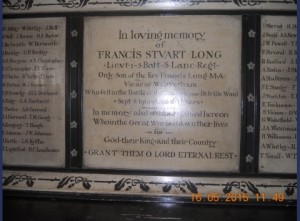 See http://www.carlscam.com/warmem/weaverhamwm.htm for better pictures.
There is more information about them on this excellent Flickr photo stream : https://www.flickr.com/photos/34476320@N02/12031761776/
The memorial outside the church lists  68 men who died in the First World War and also 23 men who died in the Second World War.
See http://www.carlscam.com/warmem/weaverham.htm
It is worth noting that those commemorated on the Weaverham memorial came not just from Weaverham itself but from the entire surrounding area; for instance Lance Corporal Arthur Sidney Newall ( 25 ) was from Sandiway,
Private Arthur Shaw Burgess of Hartford died of influenza on 2nd November 1918 aged 22, so close to the end of the war – he is buried in St Mary’s churchyard. Click here for newspaper transcript.
For more information on those who died in the last three months of the war click here: The months up to the Armistice 1918
However at that time the Parish of Weaverham was much larger, including  a lot of what is now in Hartford or Cuddington and Sandiway.
The memorial at Brunner Mond, Winnington, list 176 men who died in the First World war.
See http://www.carlscam.com/warmem/winningtonw.htm
The memorial from Bryn chapel lists 5 men, two of whom are also listed on the Weaverham memorial.
Read more…
We have have found a few obituaries of those mentioned on the Weaverham War memorial in microfiches of old copies of the Northwich Guardian.
Extracts from official regimental “War Diaries” will be  included where possible – however these rarely mention casualties by name. 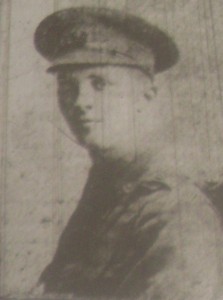 The Battle of Delville Wood took place between 15th July and 3rd September 1916 , and has particular significance for Weaverham because Lieutenant Stuart Long, the son of the vicar of Weaverham, died there on the 9th of September.
Read more… 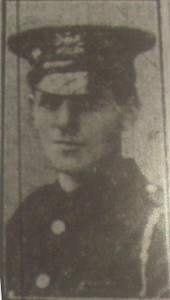 Private Arnold Robinson was killed in action on the 1st July 1916 aged 26 – He died on the first day of the Battle of the Somme.
He joined the Manchester “Pals” with other workmates from Brunner Mond.
Read more… 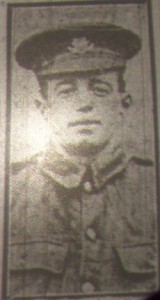 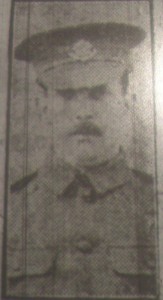 Private Robert Clarke was another worker at Brunner Mond who signed up at the start of the war. However he joined the 10th Cheshire Regiment, not one of the “Pals Brigades”. He died on the Somme on the 26th August 1916. 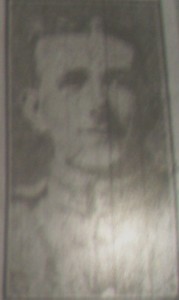 BIRTWISTLE, John, Private 16751, 8th Btn Duke of Wellington’s (West Riding Regiment) died 14th September 1916. He was born at Weaverham, and he is commemorated on the Thiepval memorial, Somme, France
His obituary describes him as “Sandiway soldier John Birtwistle”.
The other Birtwistle on the memorial is William :
BIRTWISTLE William, Private 4045, 1/5th Cheshire Regiment died 3rd October 1916 aged 19. He was the son of James and Rebecca of Ravensclough, Cuddington, Northwich, Cheshire. He is commemorated on the Thiepval Memorial, Somme, France
If you are a relative of any of the men mentioned here and you wish to amend, correct or add to the information on these pages then please do not hesitate to contact Weaverham History Society.
If you are researching a relative who was killed in the First World War you may find the following sites useful:
Carls Cam has good photographs of many Cheshire memorials , with transcriptions of the inscriptions.
http://www.carlscam.com/warmem/weaverhamwm.htm
Flickr : Rosebud  / 28th61st has photos of memorials from all over the country. On many the inscriptions have been transcribed and cross correlated with the Commonwealth War Graves Commission website and details from Ancestry.com
The Weaverham memorial is here :
https://www.flickr.com/photos/34476320@N02/12031761776
The entire photo stream is here :
https://www.flickr.com/photos/34476320@N02/with/12031761776/
The Commonwealth War Graves Commission website has details of all the fallen from the first world war. This is often a good starting point because it will give you the service number and regiment.
http://www.cwgc.org/find-war-dead.aspx
Once you have the service number you can search for digitised service records in the National Archive:
http://discovery.nationalarchives.gov.uk/results/r/?_q=service%20records&_sd=1914&_ed=1920&_hb=tna&_d=WO
You can usually find the medal record for a soldier, and this will tell you who the medals were sent too. If you know the regiment they served in you can look up the regimental “War diary”.
Lieutenant Long went to Manchester Grammar School. The school magazine for the period covering WW1 has been digitised. It contains reports from the front and obituaries.
http://www.worldwar1schoolarchives.org/wp-content/uploads/2014/03/ULULA_1916_10.pdf
For those serving in the Manchester regiment ( the “Pals” ) see
http://www.themanchesters.org/Manchester%20casualties%201914%201916.html
Obituaries from the Northwich Guardian were transcribed from microfiche copies held at Northwich Library.
I would like to thank and acknowledge all  these sources.