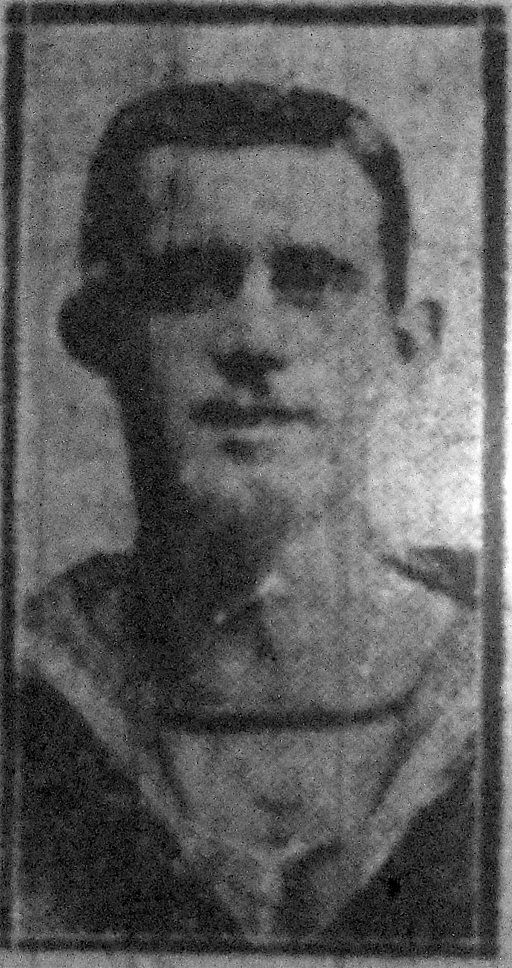 Son of George and Dora Whitley, of 8, Church View, Weaverham.,

He is at rest in St Mary’s churchyard, Weaverham.,

His naval records shows Arthur died of a failed operation on a gastric ulcer, it doesn’t mention the Hospital.  He had a long career. DD stands for discharged dead.  He had tattoos ( Anchor and ?? on left arm and rising sun on left wrist ) and was of good conduct.

Able Seaman Arthur Whitley died 27thOctober 1918 approximately two weeks before the signing of the Armistice.  He served on a ship which had his own name: ‘HMS Whitley’  The ship was supposed to have been called ‘HMS Whitby’ but was named ‘HMS Whitley’ by mistake!  Arthur was the son of George and Dora Whitley of 8 Church View, Weaverham.  He is buried in a Commonweath War Grave in St Mary’s churchyard (2660).  He is on the Weaverham War Memorial.

The following is from the “Northwich Guardian”

The village of Weaverham grieved to learn last week of the death of able seaman Arthur Whitley, son of Mr and Mrs George Whitley, of Church-view. As recently as Wednesday last week his mother received a letter from him , In which he stated that he was quite well, adding that he was glad to be back in the old place where he received his training for the Navy. On Sunday morning, the parents were informed by telegram that on the previous day the Deceased had undergone an operation, and that it had been successful, but shortly afterwards another message arrived conveying the sad news that he had passed away without regaining consciousness.

The deceased enrolled in the Royal Navy in 1892 and was for some time was attached to the old ship Caledonia on South Queen’s Ferry N.B., after which he spent five years at the China station. He had seen considerable active service in connection with the war, as a member of a destroyer crew.

He went all through the Dardanelles campaign, being present at the landing of troops and also the evacuation. In April of this year he was granted leave, and spent a month at home, after which he returned to Chatham and was drafted to another destroyer.

The remains were conveyed to Church-view on Wednesday morning and the funeral took place in the afternoon. The Rev. Francis Long officiated at the church and graveside. The cortege was headed by the band from the Cheshire Depot at Chester, and was followed by a firing party of local Volunteers, who were in charge of Sergeant Birtwistle , the remainder being Corporal Harvey, Lance Corporal Ashworth, Privates Renshaw, Newton, Whitehead, Butcher, Underwood, Molyneux, and Forster. Captain J. A. Cowley, of the Motor Transport Section was in charge of the military.