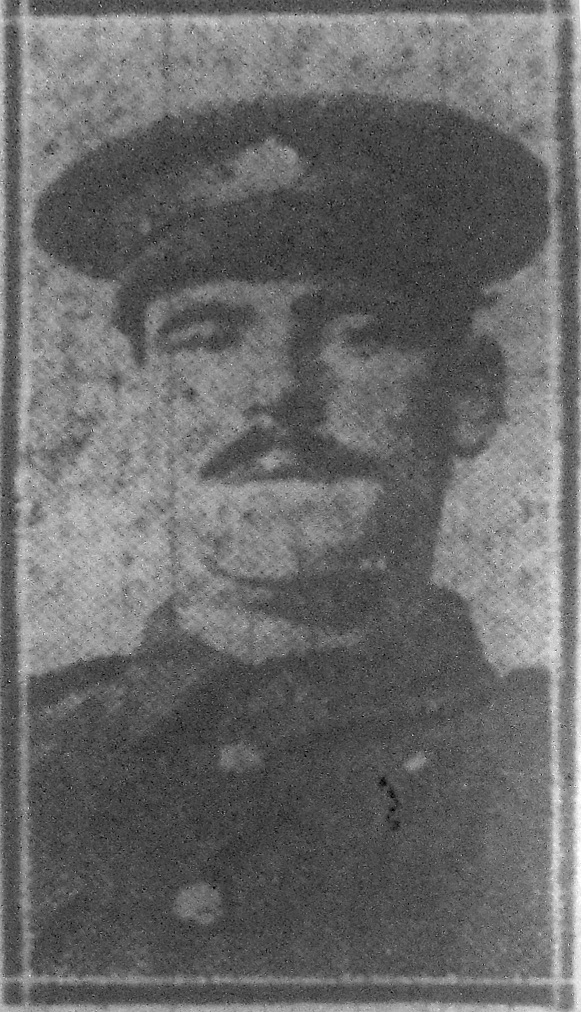 He died of influenza three weeks after the Armistice on 26thNovember 1918.  The 30-year-old son of Henry and Sarah was married to Louisa of 38 Grange Rd, Weaverham.  He is buried in Awoingt British Cemetery, Nord France. (W)

The following is a transcript from the “Northwich Guardian”

The residents of Weaverham have learnt with regret of the death of Private James Arthur Waterman, of the Ambulance Corps, whose wife lives at the East Lodge, Hefferstone Grange. Mrs Waterman received a letter a few days ago from an Army chaplain in France that her husband had succumbed to an attack of influenza. Letter dated November 27 is as follows:

“I am very sorry to tell you that your husband private, J A Warburton (sic) , died in this hospital on the 26th inst. at noon. He was suffering from an attack of influenza, and I saw him several times and prayed for him. I quite hoped he would pull through, but this influenza is so severe. He told me he came from Cheshire, But he was really too ill to talk much. Everything possible was done for him.“

Before joining the colours, private Waterman was coachmen in the Employ of the late Alderman Frankenburg and Mrs Frankenburg at the Hefferstone Grange and he enlisted in the Motor Ambulance Corps. on July 24, 1916. Private Waterman had been twice married, and of the first marriage there were two children aged six and four. His second marriage was in June 1916, a few weeks before he joined the colours, his wife at that time being cook-housekeeper at Hefferstone Grange. She is a niece of the late Mr and Mrs Roland Rutter of Crimwell Pool, Lower Whitley, and was brought up by their uncle and aunt from childhood. Private Waterman had only one leave during the time he was on active service and that was in November 1917, and he returned on the fourth of the following month.