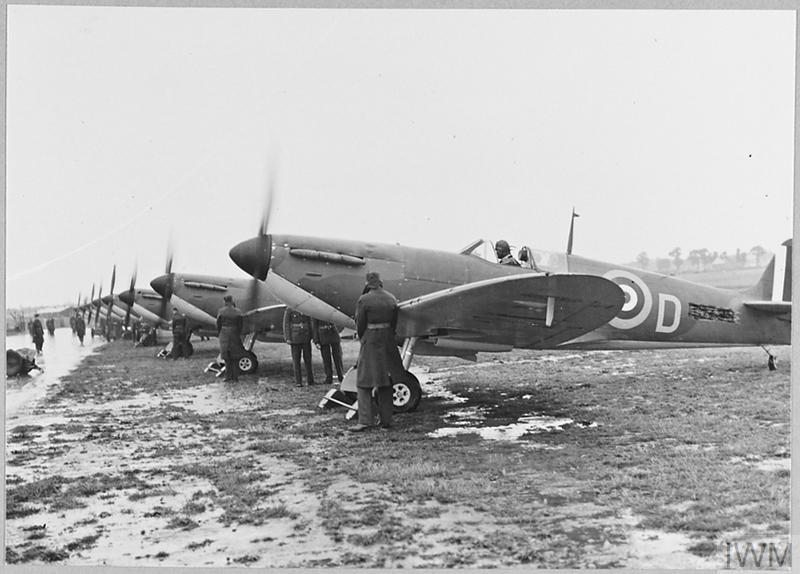 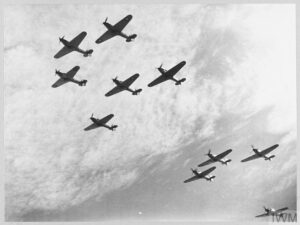 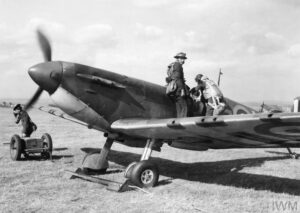 The CO of No. 66 Squadron climbs into his Spitfire Mk I at Gravesend, September 1940.

One of the many pilots who fought in the Battle of Britain was Flt Lt George Stringer Taylor, Royal New Zealand Airforce, 96 Squadron RAF NZ 391849.  George died two and a half years after the Battle of Britain and just nine weeks after marrying Betty McMean of Weaverham. He was the son of William and Elizabeth of Oamara, Otage, New Zealand and was born on 20th July 1918.  He enlisted on 2nd October 1939 and trained with 6, Operational Training Unit as Pilot Sergeant.  By the time of his death he was a Flight Lieutenant and also a very experienced pilot having logged 762 flying hours and completed 68 operations as well as being awarded a medal for his part in the Battle of Britain. 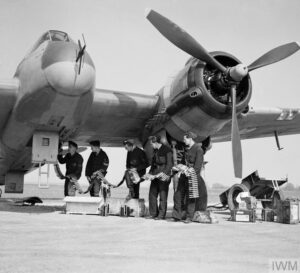 He took off in a Beaufighter VIF from RAF Bicester in Oxfordshire on a cross country solo training flight at approximately 18.10 hours on 9th February 1943.  Shortly after taking off the starboard engine failed so he decided to make an emergency landing in the closest field.  During the turn to the airfield the aircraft stalled and crashed.  He was admitted to Horton General Hospital, Banbury but died of his injuries later the same evening.  He was 24.  He is buried in a Commonwealth war grave in St Mary’s Churchyard, Weaverham. 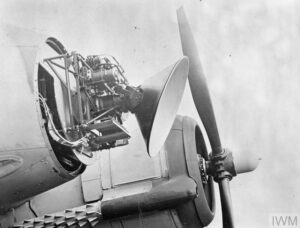 The Bristol Beaufighter VIF was a long-range night fighter fitted with Air Interception radar in the nose. Between 20th October 1942 and 4th August 1943 96 Squadron were based at RAF Honiley in Warwickshire.

Like others mentioned on the Weaverham War Memorial we do not know whether Sergeant Samuel Burgess 951888, 51 Squadron , Royal Air Force  (VR) was involved in the Battle of Britain.  However, we believe that now is an appropriate time to remember those who served in the RAF during the Second World War. 23 year old Samuel died 1st November 1941.  He was the son of Samuel and Ada Annie of Weaverham.  He is commemorated on the Runnymede Memorial, Surrey.

Flt Sergeant John Henry Langley Wilson, Pilot 1042354 Royal Airforce Volunteer Reserve was the son of John Henry Langley and Annie (nee Anderson).  He was 21 when he died on 12th May 1943 in the registration district of Chapel-le-Frith, Derbyshire.  He is buried in St Mary’s Churchyard, Weaverham.

Corporal William Warren Cooper, 842772 949 Balloon Squadron, Royal Air Force died 15th January 1943.  He was the son of William and Beatrice Maud Mary Cooper of Streatham Hill, London and is buried a Streatham Park Cemetery, Surrey.  He was married to Doris Millicent Cooper of Weaverham but is not listed on the Weaverham village memorial.

Pilot Officer Kenneth Kinsey Hignett, Bomb Aimer171454, Royal Air Force, 427 Squadron Royal Canadian Air Force was the son of John Percy and Sarah Hignett of Weaverham.  He was 31 when he died on 26th February 1944 and is buried in Cologen Southern Cemetery, Nodrhein Westfalen, Germany.  He is not remembered on the Weaverham memorial.

All images copyright of the Imperial War Museum