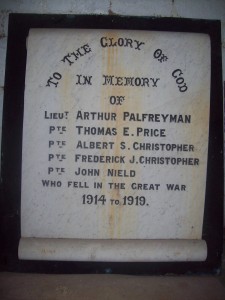 The War Memorial from Bryn Chapel in Sandiway was moved to Gorstage Cemetery.  A service of commemoration was held at St Johns Church, Sandiway on the 11th September 2016.