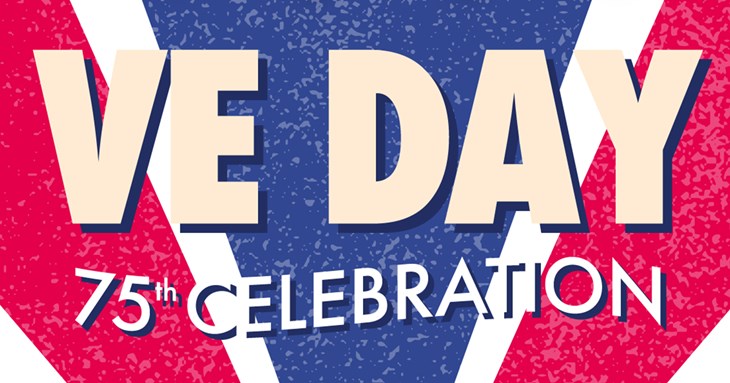 The 8th May 2020 marked the 75th anniversary of VE Day.  Following Adolf Hilter’s suicide on 30 April 1945 his successor, Reichspresident Karl Donitz, head of the Fiensburg Government, signed the act of military surrender at 02.41 on 7 May in Reims.  A slightly modified document was signed on 8th May in Berlin. 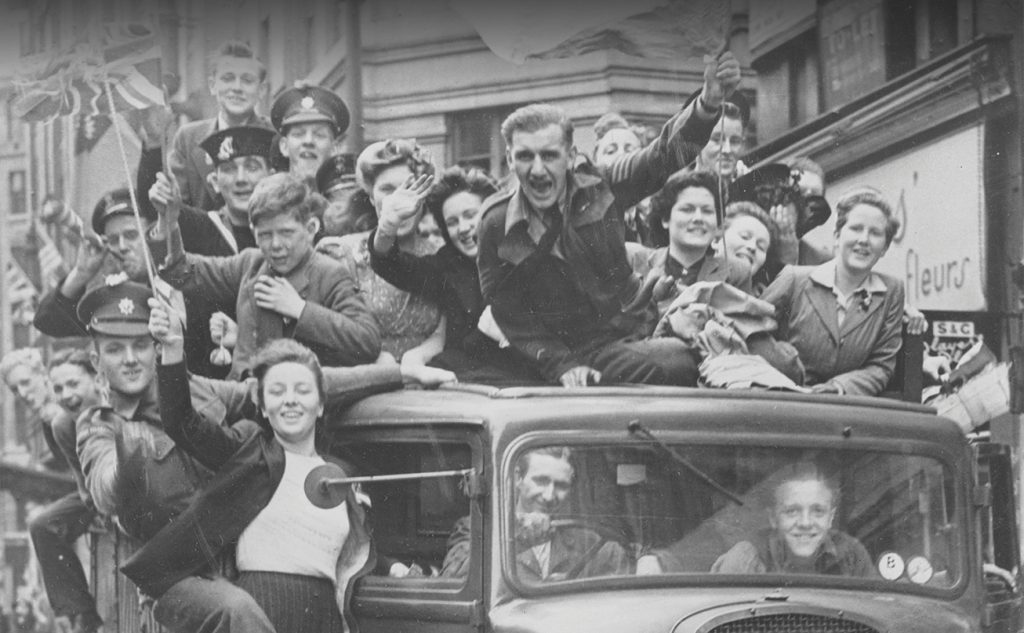 Thus war in Europe officially ended on 8 May 1945 which was declared a National Holiday in Britain.  Churchill ensured that there would be enough beer in London for the celebrations and red, white and blue bunting could be purchased all over Britain without using ration coupons.  Whilst thousands outside Buckingham Palace celebrated by calling for the King, Queen and Churchill to appear on the balcony, street parties were held all over Britain.

Twenty three of those who were killed during the conflict are listed on the Weaverham War Memorial in St Mary’s churchyard. 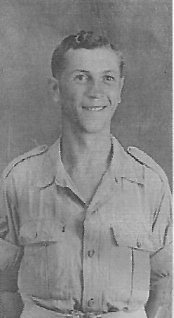 One of these was Lance Corporal Ronald George Blackham 2663105 3rd Bn Coldstream Guards who was killed in action near Salerno on 25 September 1943.  He was the 22 year old son of Mr and Mrs G. Blackham of Owley Wood, Weaverham.  His body was found, identified and reburied with full military honours approximately 74 years after his death on 16 March 2017.  He is also commemorated on the Cassino Memorial, Italy.

30 year old Lance Corporal Jack Ashley 2934389 1st Gordon Highlanders, London Scottish, who died just one month before VE Day on 9 April 1945.  He was the son of W. and Annie of Weaverham and is buried in the Ravenna War Cemetery, Italy.

These are only three of the men from Weaverham who gave their lives in the 2nd World War.

In 2003 the Weaverham History Society recorded the voices of hundreds of village residents and in 2004 they published an oral history book based on these recordings.  Joan Capper recalling VE Day said, ‘’On VE Day the ICI buzzer woke me at five minutes to one.  I could hear the Church bells and shouts saying, ‘’The War’s over!’’  I got up to go to the village to see what was going on and there was dancing in the streets.  Mrs Collier had the piano out and there was Ernie Wilkinson on drums and Rosie playing the squeeze box.  There we were dancing in the street’’.

In his books ‘Village of Moonbeams’ and ‘Village of Moonbeams Revisited’ George Moss describes similar scenes.  He says that the church bells rang out and describes the village High Street being thronged with people dancing and laughing in the afternoon sunshine.  He describes the joyous relief on the faces of everyone.  He also describes a local shopkeeper’s daughter; Rosie Hornby and her husband Ernie Wilkinson setting up a stage outside their home.  Apparently they played ‘’all the old songs’’ on the accordion and drums well into the night.  He omitted to mention Mrs Collier’s piano.  George Moss said that ‘’people were reluctant to go home, so great was their joy and even when the last strains of music had died away, many still walked about, their happiness overflowing.’’.  He goes on to say that ‘’As well as joy, there was grief and sorrow for those whose lives would never be the same after losing loved ones and having seen their hopes and aspirations come to nought.’’ 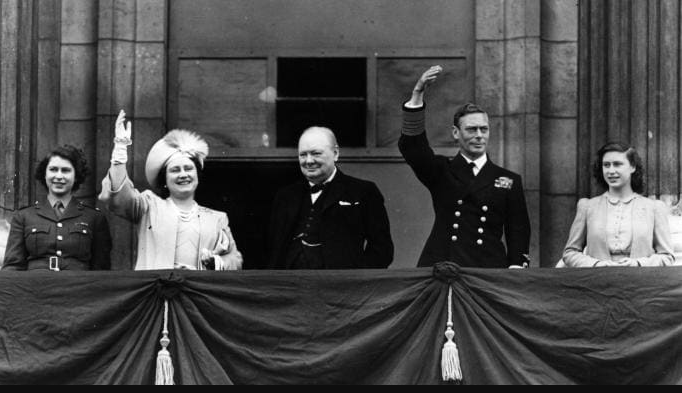 VE Day did not mark the end of the war.  This would come on VJ Day 15 August 1945.  However, large numbers of our service men and women were demobbed in the weeks and months following VE Day, allowing them to return to their homes and families.