(W) indicates that they are mentioned on the Weaverham Parish Memorial and (H) on the Hartford Parish Memorial.  Numbers in brackets indicate grave numbers.

He died of pneumonia – this is likely to have been due either to influenza or the  affects of gas. He is not mentioned on either of the local village memorials.  He was the son of George and Ellen Ashbrooke who lived in Cheshire.  His widow later remarried.  Her married name was Annie Broadhurst.  She lived with her new husband at 3 West Road, Weaverham.  Samuel is buried in a Commonwealth War Grave in St Mary’s Churchyard, Weaverham. (2507)

He was the  husband of Mary Barlow of Maddock Lodge Sandiway and the son of Mr and Mrs James Barlow of Wayside Bungalow, Delamere.  He is commemorated on the Hollybrook Memorial, Southampton, Hampshire. (W) 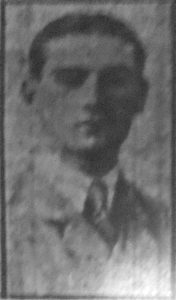 He died of influenza in England, only a few days before the Armistice.  He was the son of William and Elizabeth Burgess of Maldwyn Cottage, Beach Grove, Chester Road, Hartford.  He is buried in a Commonwealth War Grave in St Mary’s Churchyard, Weaverham. (2471) (W) 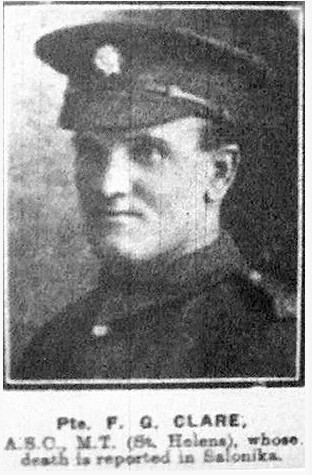 Died of influenza in hospital in Salonica on Wednesday, 30thOctober 1918 just a few days before the Armistice. He was born in St Helens. (H)

He died about two weeks before the Armistice.  He was born in Barnton and is commemorated on the Tyne Cot Memorial, Belgium. (W)

He was the son of J.T. Elsby of Green St, Sandbach.  He died less than three weeks before the Armistice was signed.  He is at rest in Erquelinnes Communal Cemetery, Hainaut, Belgium.  He was a married man.  His wife later remarried.  Her married name was H. Burton and she lived at 50 Welles St, Sandbach. (W)

He was born at Castle, Northwich in 1885 and was the son of Alfred and Agnes.  He married Edith Hignett at St Mary’s church, Weaverham on 6thMarch 1912.  He first joined up at Chester age 22 years 8 months on 27thOctober 1907.  His occupation was a surveyor and draughtsman.  Charles was discharged from the army in September 1909 on the termination of his 5thperiod of engagement.  He rejoined the army on 30thMay 1910 for a further period of 10 years and was transferred to the army reserve on 24thDecember 1912.  Charles was mobilised on 6thAugust 1914 at Gosport and posted to the 42ndCompany Royal Engineers.  He embarked to France on 5thDecember 1914. He was admitted to 51 Casualty Clearing Station, France on 5thDecember 1918 (no record can be found of the reason).  10thJuly 1919 he was demobilised at Chatham to his home with Edith at 6, West Road, Weaverham.   He was 36 when he died on 5thJanuary 1921.  Charles is buried in a Commonwealth War Grave in St Mary’s Churchyard, Weaverham but is not mentioned on either of the village war memorials.

He was only 19 when he died, approximately two weeks before the Armistice.  He was a native of Barnton and the son of Thomas C. and Emma H. Chesworth of Beach Rd, Weaverham.  Henry is buried in Ingoyghem Military Cemetery, West Vlaanderen, Belgium. (W)

He was born in Weaverham.  He died on 18th September 1918 and is commemorated on the Doiran Memorial, Greece. (W)

He is not mentioned on either of the local village memorials.  He died, a few days after the signing of the Armistice, at Kinmel Park Hospital, Kinmel Camp, Near Abergele, Conwy, North Wales.  He was the son of Hannah Shallcross of Hamletts Hollow, Norley, and the late Aaron Shallcross.  His mother was granted a gratuity on 11thAugust 1919.  He is buried in a Commonwealth War Grave in St Mary’s churchyard, Weaverham. (23490)

He died the day after the Armistice.  He is commemorated/buried Etapes Military Cemetery, France. (H) 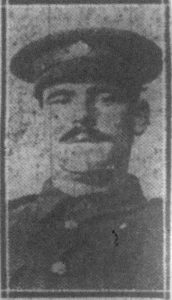 Died of influenza three weeks after the Armistice.  The 30-year-old son of Henry and Sarah was married to Louisa of 38 Grange Rd, Weaverham.  He is buried in Awoingt British Cemetery, Nord France. (W) 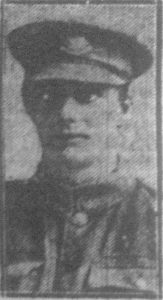 Fell in action in France 14thOctober 1918.  He was the son of William and Martha Ann and is commemorated on their gravestone in St Mary’s Churchyard, Weaverham. (W)

He was the son of John and Mary Woodward of 23 Church Street, Weaverham.  He is not mentioned on either of the two village memorials.  He is buried in a Commonwealth War Grave in St Mary’s Churchyard, Weaverham. (2660)

He died just a few days before the Armistice.  He is buried in a Commonwealth War Grave in St John the Baptist Churchyard, Hartford. (H) 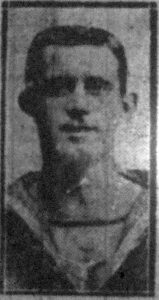 He died following an operation for a gastric ulcer , approximately two weeks before the signing of the Armistice.  He served on a ship which had his own name: ‘HMS Whitley’.  The ship was supposed to have been called ‘HMS Whitby’ but was named ‘HMS Whitley’ by mistake!  Arthur was the son of George and Dora Whitley of 8 Church View, Weaverham.  He is buried in a Commonweath War Grave in St Mary’s churchyard (2660). (W)

He was born in Winsford and was the son of Frederick and the late Annie Shallcross of Acton Bridge Station.   He died at sea on 5th Ocotober 1918 when the Revantazon was sunk by torpedo fired by German Submarine UC-23 approximately 14 nautical miles West by South of Kassandra Point, Gulf of Salonica. She was en route from Salonica to Port Said in ballast.  Arthur is commemorated on the Tower Hill Memorial, London. (W)